In the past 18 months, a lot of companies have had to adopt remote work - or so they claim! There are a lot of misconceptions and bad practices out there and we must speak up against them. 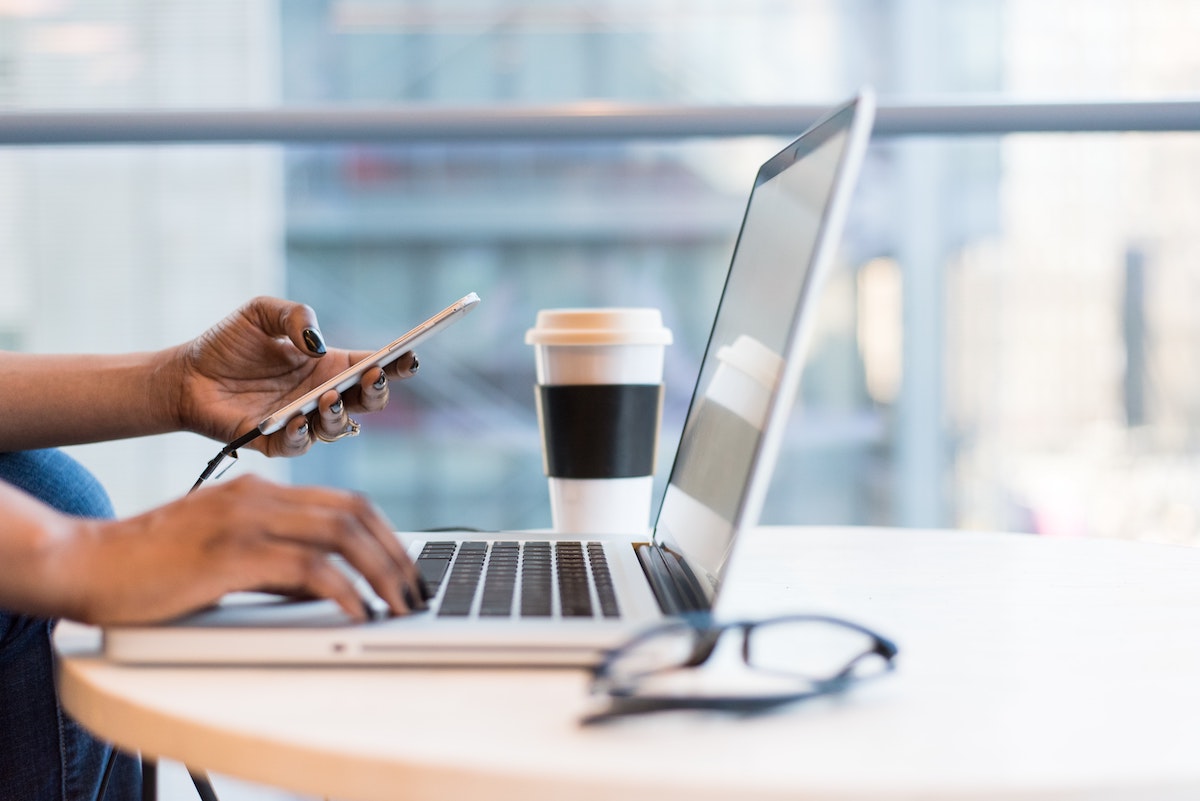 A few months ago, I was interviewed at CaixaBank DayOne in an event to discuss remote work and its adoption. Throughout the interview, I spotted a few misconceptions about remote work and the disconnect there is between big corporations and reality when it comes to working conditions.

Without further ado, let's kick off this list of hard truths about remote work!

1. No, you're not a remote company

Let's get this right from the start. We started the discussion by talking about the definition of "remote work". It was established that remote work, or home office, is the action of working from a different environment outside of your regular office through a set of telematic and technological platforms and tools.

In theory, yes, that would be a good definition of remote work. I think we can safely take it as a good one.

However, most companies have been forced to go remote, so it hasn't been a choice. Most companies wouldn't have adopted it under normal circumstances, in fact.

If your company has taken a new position on remote work because it's been forced by the circumstances, most likely it hasn't prepared properly and we have yet to see whether it will keep this policy once things go back to normal.

Remote companies have been engineered as such from the get-go or have become one through a deep and deliberate transformational process spanning several months and undergoing impactful changes in their culture, team and processes.

That being said, if remote chooses you, you're not a remote company, you're just late to the party and lagging behind in a race that started many years ago.

The same applies to employees. Remote work means that you can choose where to work from.

As a consequence of the pandemic, most people have been forced to work from home, which has become their de facto office much to their disdain (and, most likely, to their employers', too). Therefore, their homes are now their office, so they can't work remotely if they're sitting in their office, if you know what I mean, because their regular office is not an option.

What's more: almost all this workforce has had to change overnight, with no prior training and no equipment. Some of them were sent home at the drop of a hat when the pandemic broke out while others were told not to come back to their office overnight, so they couldn't go and collect their belongings.

If you, as a company, haven't equipped your workforce to work from home, you can't say that they're remote workers.

Most companies haven't trained their people or given them a proper laptop, a VPN connection, an allowance to pay for work-related equipment like proper internet connection and office equipment (laptop stand, external keyboard, etc.), workflows and policies to allow them to do their job regardless of their location. We've seen people forced to work with their laptops or having to pay out of their pockets for many things to be able to work.

Also, another important distinction: if you require your employees to work from a fixed setup every day with strict policies, that's not remote work.

Your employees will be remote workers when they will be able to freely choose where to work from.

3. Most bosses still want to see their employees

While some companies have changed their views and stance regarding remote work, most haven't.

A lot of companies, and their bosses, will force or have already forced their workforce to go back to the offices.

Some did it way too early, back when schools were closed. Excuse me, but how the fuck are you supposed to go back to the office if you can't leave your children anywhere else?

Worse, still: we have seen cases in which some of our friends were required to go back to the office - with dress code and all - to do their job via Skype (like job interviews, in the case of HR people). We have seen a plethora of injustices driven by the gruelling conditions of old-school mentalities and properly untrained people who shouldn't be in charge of departments, let alone entire companies.

The painful reality is that these people are forcing presentialist policies, as they had been doing for years prior to the pandemic. They need to see people in the offices where they can control them. Or that is what they think. I have seen enough examples of people slacking in the offices in my previous companies, enough to prove the presentialist caciques wrong to the moon and back.

That being said: you think you might be a remote company now, but let's see what happens when we go back to normal.

4. Most companies have been keeping remote work for a few key employees

We all have heard in non-remote workplaces how that one person is working remotely. Let's call him Kevin.

Kevin has been working for the company for a few years, and a couple of years ago he got an offer to work somewhere else with the option to work from home. Kevin is such an important person for the company, for whatever reason (maybe he is in charge of the biggest project, or he's irreplaceable because of his skillset or his accumulated knowledge), that the company was forced him to retain at whatever cost. In the end, Kevin decided to stay provided he was granted the benefit of remote work.

Sadly, this happens a lot. Remote work, salary increases and other benefits are only given to you if you fight/cry for them hard and long enough and you're important for the company, clearly creating a distribution of first-class employees and the rest.

Companies have been hiding this option for decades to prevent everyone from requesting it.

This kind of archaic mentality is the one that used to argue that if we allow people to freely divorce, everyone will do it, so it had to be kept illegal.

If your company made an exception for Kevin, most likely it has done a few more - or a lot more - over the years. If they can't do one for you, you deserve to work for someone better.

5. You don't have the right team

Let's face it, not everyone can work from home.

For this reason, when we hire at MarsBased, we like to see some experience with remote work in our candidates and how they fared with the struggles coming with it.

We wouldn't hire a person who claims that can't work from home. It wouldn't make any sense, right?

Most companies never had to ask this when they hired their employees because they never planned to go remote. All of the sudden, they're stuck with a vast majority of people who will face their first experience with working from home.

In other words: had they been a remote company, they would probably never hired a lot of their employees. Not only because some roles aren't needed, or because remote companies are more productive and therefore need less headcount to do the same job, but because working for a remote company requires a whole different skill- and mindset.

Therefore, companies have to deal with a lot of employees they wouldn't have hired in the first place, and this is having tremendous consequences.

Sadly, most companies will have to downsize departments or let people go fire people because of their lack of proper planning and their lagging behind in the race to adopt remote. This option has been here with us for many years and most people refused to acknowledge it.

6. Your company has been preparing for remote for many years now

Not all hope is lost! In fact, we have been arguing that most big companies, especially corporates - however reluctant to remote work they had been in the past -, are in a good position to really adopt remote work.

The bigger the company, the most likely it is equipped and prepared to adopt remote work the right way.

If your company is a multinational, you have been communicating across timezones and over the internet on a regular basis. They will not only have the right software (VPN connection and platforms you can access from anywhere, such as their email client or project management tools), but also the hardware (laptops, encryption usb-sticks and such) and workflows and procedures allowing remote access to their information from anywhere.

If your company isn't a multinational but still has got different departments scattered different offices, you will most likely have a lot of the aforementioned items, or at least the philosophy of working async. If you're not in the same office, that means that you'll have to coordinate with other teams you can't get a hold of immediately. This is a step in the right direction to adopt remote work.

If you're neither of the above, but still over a certain size, you will most likely be required to comply with some ISO certificates to ensure the integrity and security of your company and your communications. This will get you covered regarding moving data in, out and within the company.

Even if you're a small startup still relying on the old mantra of you need to be in the same room to maximise for productivity, guess what, you're still in a good condition. If you're working in a coworking space, the culture of hot desks is a first step to de-centralising your team, and if you've got your own office, you might want to get rid of that to reallocate that budget elsewhere. The earlier in the company, the better to do the transition to becoming a remote company.

There are no excuses now! What's yours?

7. Remote is for the privileged

Notwithstanding all the above, we're still too early for a massive adoption of remote work, especially outside of the bubble of tech.

As I pointed out in my previous blog post, Remote is the new cloud, a vast adoption of remote work would be extremely beneficial for society as a whole.

But we can't take for granted our privilege of working in tech. We see things differently and assume this will be easy and should be rolled out to everyone as soon as possible.

We cannot forget those working in less-privileged environments, industries or parts of the world. On the contrary, we have to include them in our planning to ensure that this societal change trickles down to them, too.

It'll be a long time before we can roll out a worldwide adoption of remote work. We require global coverage of stable and secure internet and communication networks, better infrastructure in rural environments and a change in the mindset of the ruling classes (in and out of work).

Until then, remote work will remain a privilege only available to a few select industries and roles, and it is up to us to force the change to ensure it reaches more and more people every day.

If you're interested in watching the whole interview, it's available in Spanish here: DayOne - Meeting Room: Teletrabajo.