Working in all-remote environments means having to bond with your teammates also remotely. Here's one of the many things we do to create a better working environment at MarsBased: we host a musical contest every week.

Yes, you've read it right, a musical contest. How do we do it? Read on! 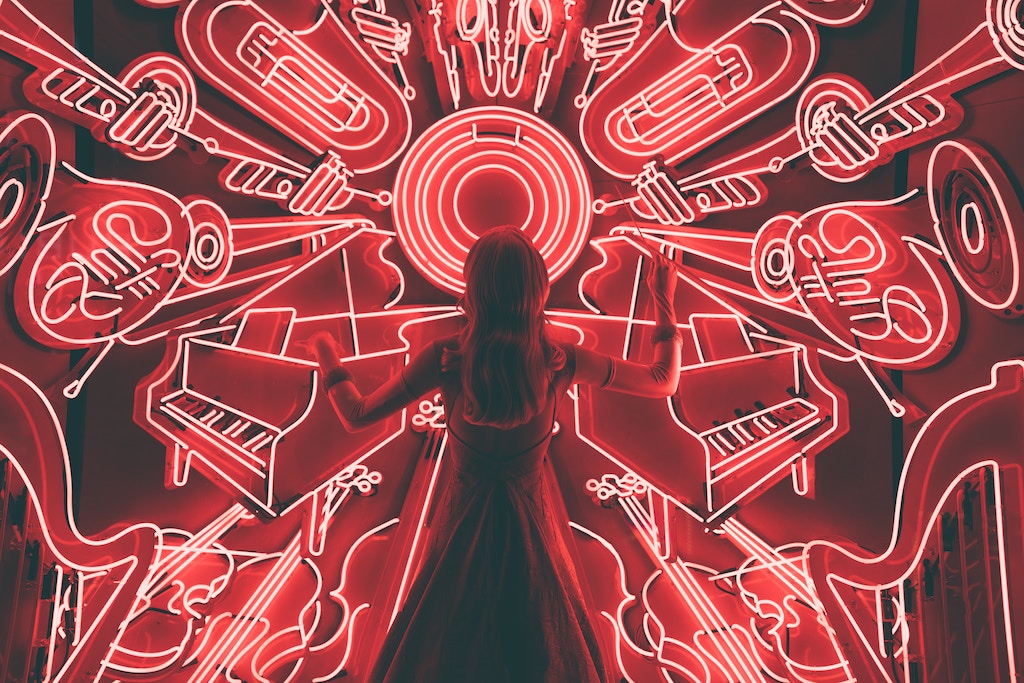 Being an all-remote development consultancy comes with its advantages and disadvantages. We've blogged extensively about both, but I'm going to focus on one disadvantage on this post: team bonding.

Remote teams take more time to get to know each other well, and to bond deeply between its members. That's why most remote companies do offline meetings, company retreats and other sorts of get-togethers: to compensate for the lack of facetime.

At MarsBased, we've been 100% remote and officeless for five years, and we're happy to say that our team has bonded perfectly. But we're a rare case, anyways: our team members in Barcelona meet regularly for a day a week in a coworking space and go to afterwork tech meetups together while those residing outside of Barcelona come every second month for a company day we call the Martian Days.

However, we do a lot of online team activities, and one of them is our weekly musical contest using Spotify.

Well into our second year, someone in the company came up with the idea of sharing a music playlist to be listened to on Fridays, with a couple of songs from each team member, but that quickly evolved to one song per person as the team grew.

Having a shared playlist we all listened to on Fridays would help us to know each other better, discovering one another's musical preferences.

Let's see how this works.

What do you need?

We have created two playlists on Spotify, one for the current week and one that holds the entire history of all playlists we call the archive playlist.

At the end of every contest, we move the songs from the current edition to the archive so that we keep track of all the editions and the songs that have been already used.

Of course, every player needs to have a Spotify account.

This musical contest consists in choosing one topic per week that all songs in the playlist must adhere to, strictly.

Some topics we've used so far are:

… And so on. Be creative! Once you're two years down the road, you'll run out of ideas quickly.

Each employee adds one song to the current week's playlist, which we call very originally Martian Friday Playlist.

You may add your song(s) during the entire week, and we have set up a reminder on Slack to give us a heads-up every Thursday so we won't forget about it.

The song must adhere to the topic of the week and must not have been used in any previous contest. We may consult the archive playlist to avoid this.

If anyone detects a song which breaks the rules before Friday (either repeated or not adjusting to the topic), that song is flagged but the person who added it gets a second chance to replace it. If we spot it after the contest has begun, that person is disqualified.

A disqualified person can still vote for others, but will hence not receive any vote.

On Friday, the contest starts and we all listen to the playlist religiously.

The person in charge of the contest initiates a Slack thread with all the songs for us to vote (see example below). He/she must include all the songs on a separate line each.

Then, each person votes for three songs using the corresponding Slack reactions/emojis and also indicates whether he/she's cast the vote.

The voting is so far public, but we're doing this for fun, so we don't care that much about the politics of the game. Of course, this part can be improved to make voting secret, so there's complete anonymity in the voting and less strategy.

The winner of the week gets to select the next week's topic and add an extra song.

This is an example from last month! Notice the votes using Slack's reactions.

In case of a draw, we all get to vote only on the competing songs with a different emoji. We usually use 👍🏻 for the first round, and 👌🏻 for the second one. We hardly ever run into a tie in the second round, but if we do, we let the winners decide what to do: to win both, one gets the extra song and the other chooses the topic, or whatever.

Is this for me?

Maybe? It sounds like this is an idea that can work for any company, but if your team is too big, you might want to break it down in teams. Up to twelve or fifteen people is doable. Bigger than that, the playlist becomes too long to listen in just one go.

Since this is something we came up with, feel free to tweak the rules and the concept, or to send us interesting twists we can give it!

We have been doing this for well over two years… or almost three! (can't remember now) and it's become an integral part of our working week.