The Martians conquer the IronHack

When we created MarsBased, we decided to be a social, outgoing and media-friendly company. We also wanted to help the community, to pay back what the community had given us when we started.

In this entry, you will learn about our relationship with the Ironhack.

In the early stages of a company being social and media-friendly is however something hard to achieve. The first priorities should be creating the company, establishing an organized accounting culture and sales, and developing your product.

Once the cash comes in and stabilizes the company, you can take some time to contribute back to the community. While it's not mandatory, it feels really fair from our point of view.

Lately, we have been helping newcomers in the Ruby community.

When we created the company, we compiled a list of the leading Ruby development shops we wanted to meet and learn from. We threw in a bunch of names such as Thoughtbot, Codegram, Plataformatec and so on.

Last December, when I embarked in my trip to San Francisco, I reached out to the all of them and got a fair share of replies, hence meeting the guys from Thoughtbot, Monterail, ProRuby, just to name a few. All of them vowed to help us like they had been once helped and gave us very useful pieces of advice. It was, indeed, a very promising start!

I also added to the list some developer bootcamps, completely ignoring the fact that most of them work exclusively with top-class companies and developers. However, Ironhack replied back nonetheless.

After some months of chatting back and forth, I received an email from them asking for collaborators for their summer edition in Barcelona. We were invited to know them in person, at MOB, and introduced to their team assistants and guest teachers: top Ruby and JavaScript developers, working for Xing, Spotify, and other leading companies.

The IronHack bootcamp runs for two months with full dedication to learning coding: Ruby on Rails, Angular, JavaScript and what it takes to create state-of-the-art web apps. After their daily dose of programming, the session is completed with talks regarding different subjects: branding, accounting, marketing and all kinds of useful stuff. We were asked to provide two talks.

I was honoured to give the first talk of the current edition.

Because I know that most people there are passionate about web applications and will end their IronHack program creating an app (because it's their final project), I thought it would be useful to motivate them. What if they didn't only program that app for IronHack? What if they could create a startup around it?

I used Prezi to create a motivational presentation using their fantastic Space template (fits perfectly with our Martian imagery) and rallied the troops to go out and create their startup right NOW. 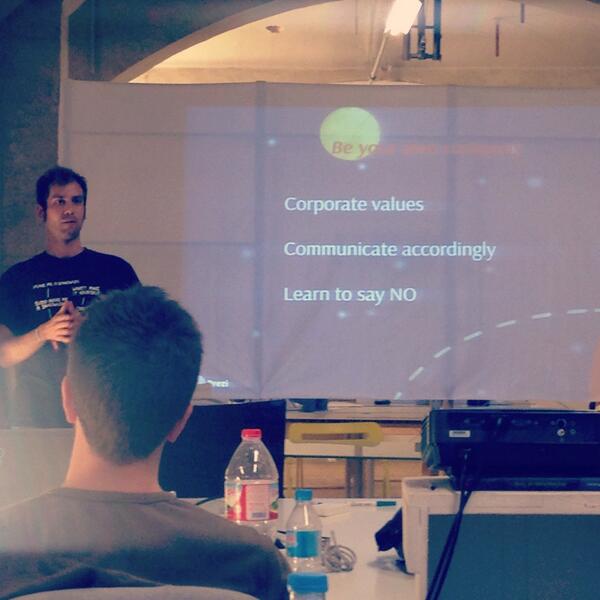 Get the presentation here

Two weeks later, Xavi provided a talk on how to build large web applications to be easily maintainable. While the presentation dealt mostly with Rails best practices, it contained a fair share of lulz. At MarsBased, we enforce the use of meme-driven presentations. 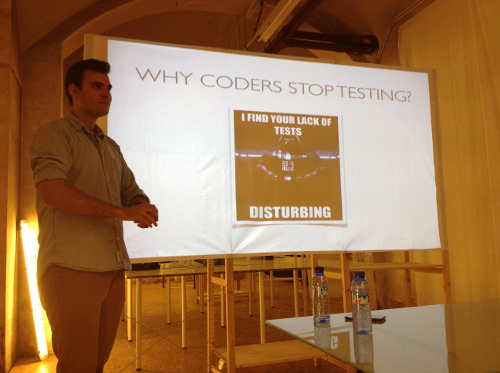 Get the presentation here

The feedback we received was so good that we were invited to an after-work event on the rooftop of Betahaus, where we talked everything: from loving or hating TDD, to everyone's future plans or why Barcelona is the best city in the world.

We definitely connected with the IronHack community and want to get more involved in the coming editions to make more people love coding and Ruby on Rails. So far, we can say we will be mentoring at the next edition of IronHack in Barcelona!

Did you meet us at IronHack? We would appreciate if you left some feedback in the comments section!