The impact of a good post on social media

We shared good news on social media, when we reached the one million in annual revenue, and we were surprised by the impact it had! In this post, we're breaking down the outcome of the three main social networks. 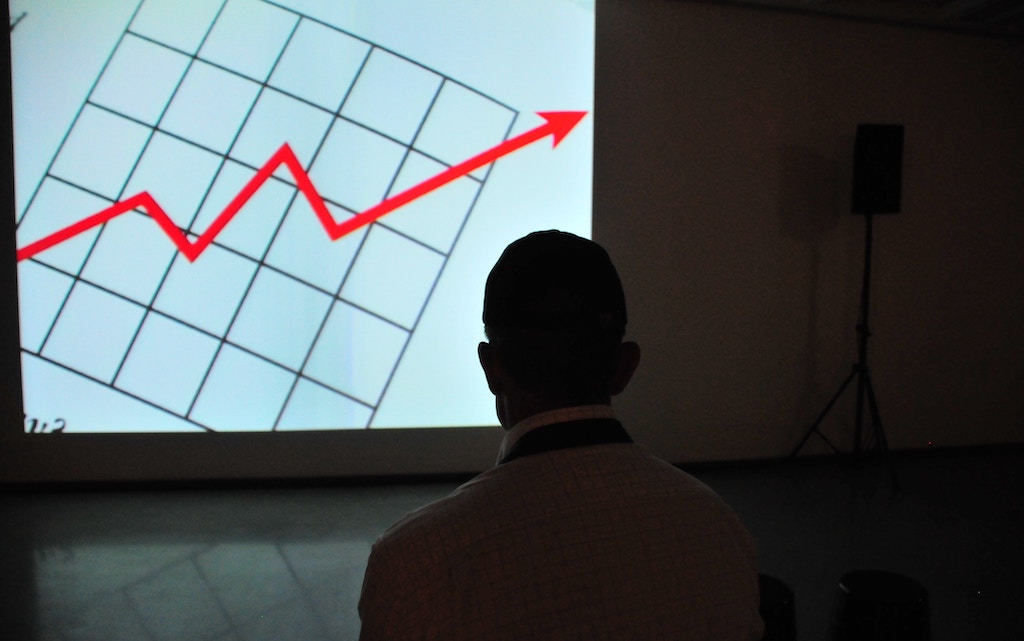 Before we wrapped up 2019, I shared on social media that we had passed the million in revenue for a single year for the first time in our history. I wanted to toot our own horn for a little bit and celebrate such a milestone. I am always happy when the people I respect accomplish and share their milestones, and I wanted to do the same.

While we were a little hesitant to share this, because sharing numbers is not always easy, I'm confident we did the right thing. It was a good way to enforce transparency outside of the company.

Also, I think everyone is tired of seeing the same old posts on Linkedin of "solve this puzzle and you're a genius" and other crap on their timelines, to be honest.

Therefore, I thought I'd do the experiment of crafting a good, simple post, aligned with our values: simpler is better, being transparent and providing value to the community.

The numbers are astonishingly good: 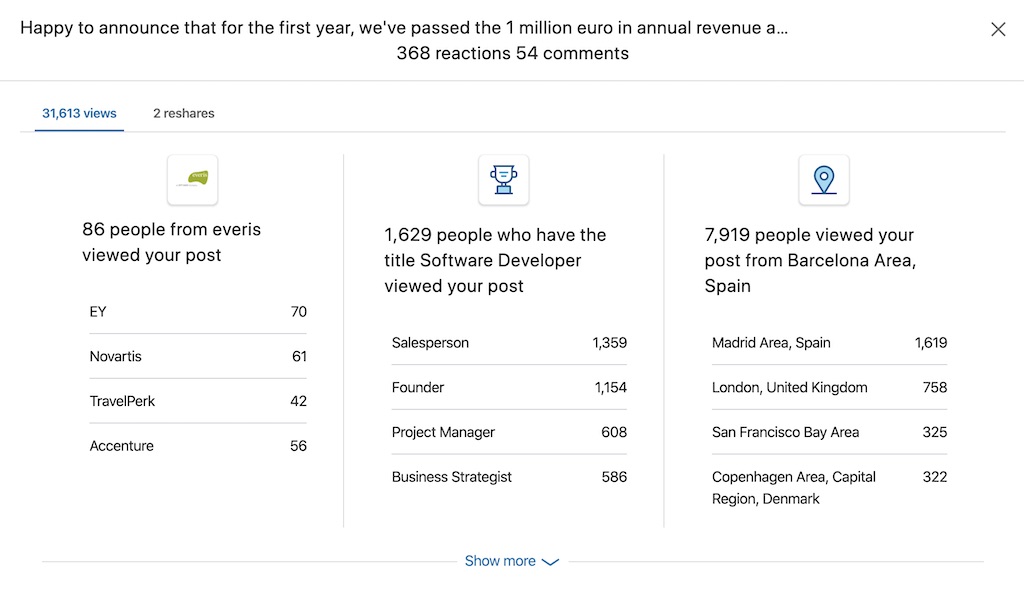 The first thing standing out: 1629 software developers have seen it! More than all the applicants we've ever had have seen this post. This might certainly help us with the hiring.

Granted, they might not be a good fit for the company but only from LinkedIn, more than thirty thousand people have learnt that MarsBased is a 15-people-strong company doing one million in revenue, with strong core values and doing cool things. This is incredible.

86 people at Everis have seen this. Everis is the biggest Spanish consultancy and as of March 2019, our client as well. No wonder why we've been contacted by five different departments at Everis during this year. We ended up working for one, for now, but having talks with two others. If this post is any indication of who sees our company updates, our message got pretty far.

In fact, after the almost 8k people in Barcelona who've read the post, there are 1619 from Madrid, 758 in London and over 300 in San Francisco. This is good for our business development purposes.

We've received reactions, private messages and comments congratulating us from high-caliber people too, past clients and current ones.

Last, but not least, one C-level of a large corporation has invited me to get to know each other after Xmas after she's seen this post. All in all, it's been a great move to post this on LinkedIn. 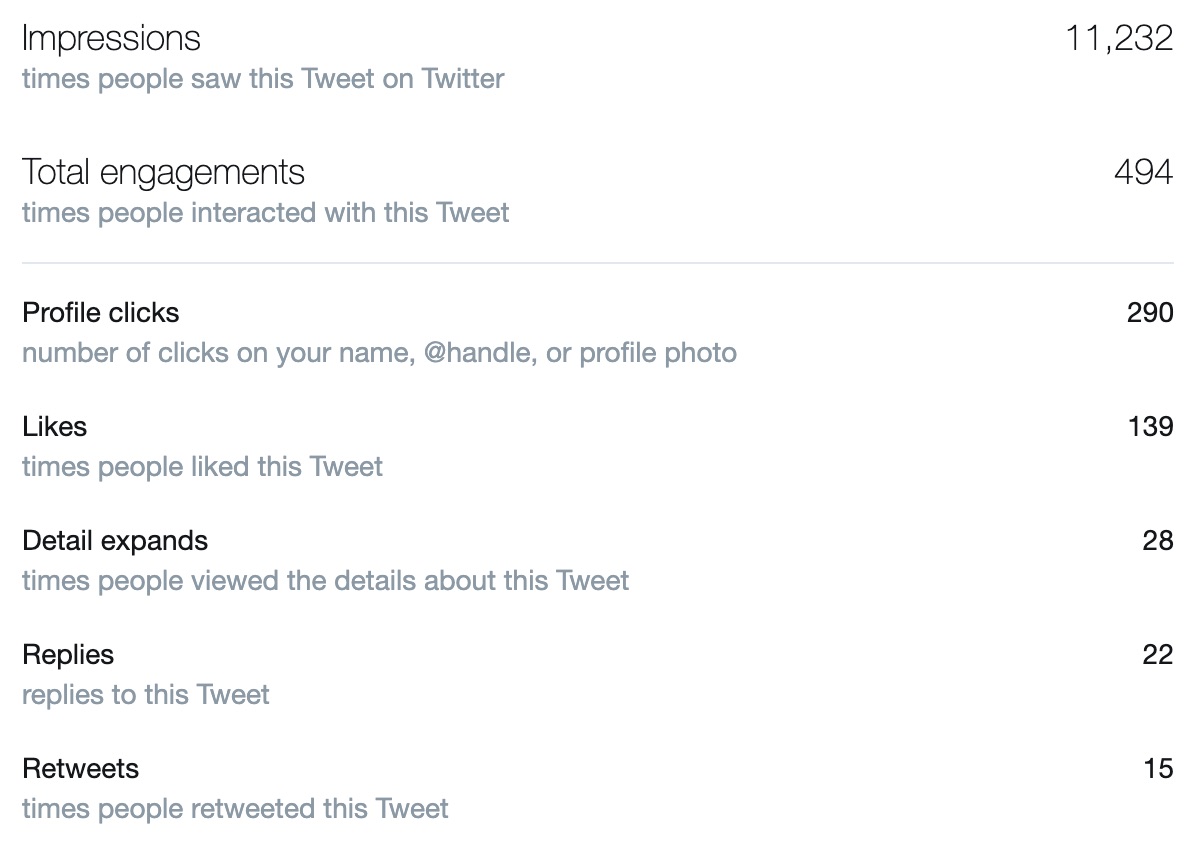 While the numbers aren't as great as on LinkedIn, the people who liked and interacted with this post are much closer to us and have been following us long-term. Most are either clients, previous employees, our Startup Grind sponsors or people in our immediate first circle of contacts.

Interestingly enough, an old contact of mine has contacted me to ask for a quote for a project, after 5 years without having any sort of contact, thanks to this post. If we end up sealing the deal, it'll have been an incredible investment.

Arguably, the least interesting of the three social networks. Not much to say over here but I'm sure the views also rank in the thousands. It's nice to complement, but Facebook was more for storytelling and to share the news among my friends and acquaintances.

I'm connected with 1873 people on Facebook, plus an extra 313 people who follow me without being my connections. The connections I've built over the years on Facebook are not centered on business, hence the relatively lower importance of this social network, compared to the two above.

A few good things have come out of this exercise in transparency:

Morale of the story: A good, well-timed post can have a really big impact. I will be exploring this more in the coming year.