Before wrapping up the year, we wanted to share with you how we transformed one of our favourite client's business with a set of mobile apps we developed. Read on! 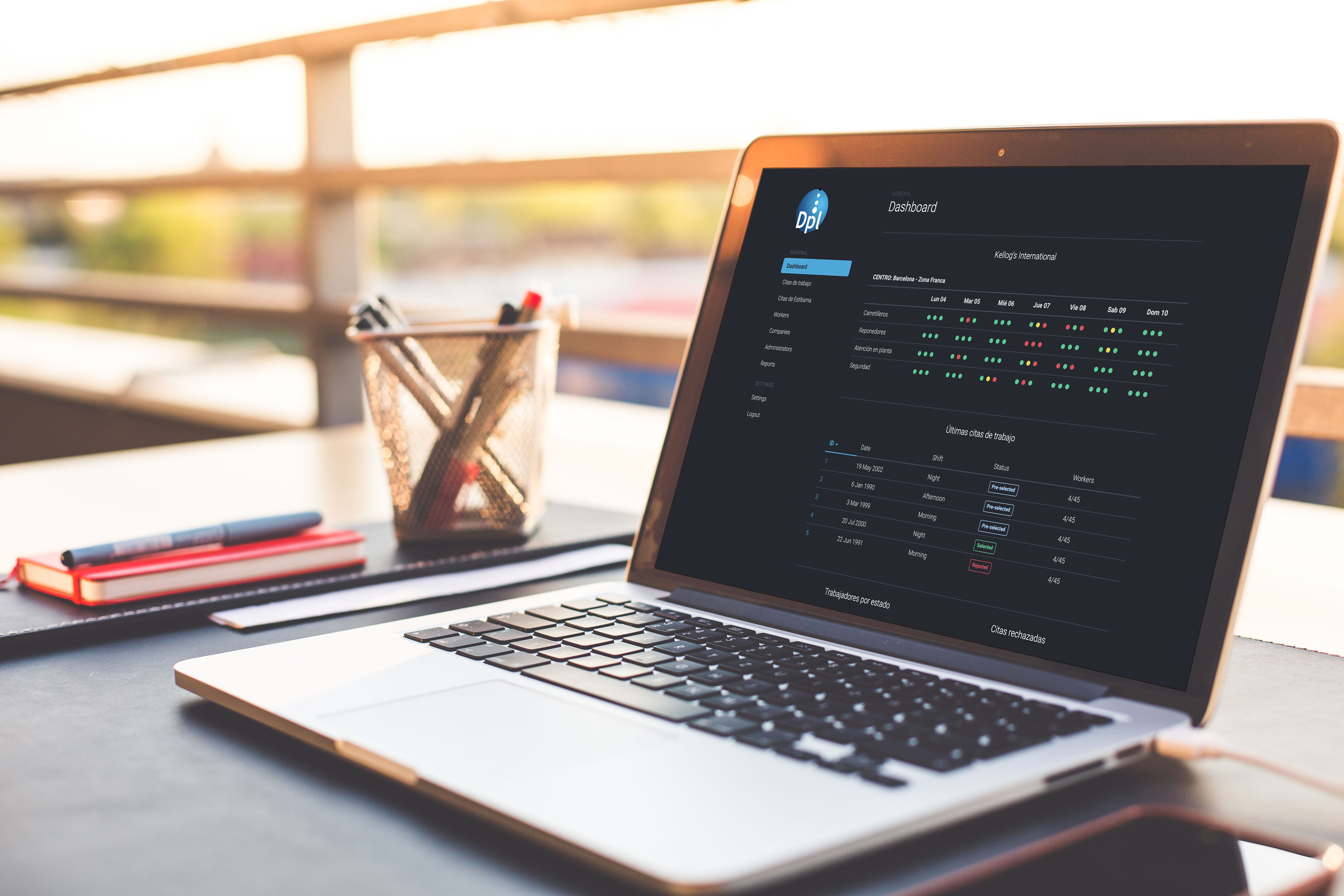 Dashboard of the talent pool platform we developed for DPL ETT

They contacted us in late 2015 to help them with their business, as they knew they had some bottlenecks in the company they needed to solve. Their new CEO, Laura, wanted us to jump in, inspect the company inside out, and come up with a solution using technology to improve one of the key processes in the company.

The problem was, they didn't know which one could be solved using technology. However, Laura was determined to steer the company in a new direction, driven by tech, to grow the business to unprecedented levels.

Although we had known the company for a while, it wasn't until we properly drilled down into their core that we identified one possible bottleneck to solve. This didn't happen overnight: we had to talk to several people from different departments.

Once we had a list of things that didn't work we ran them by the CEO to help us to identify which one could have more impact in their business. These improvable processes included things that they were doing manually, information scattered around many documents, workflows that depended entirely on one person and a bunch of other parts of their business that needed someone to work on them.

For a medium-sized company like them, identifying and solving the right problem right away was crucial. They were investing in technology for the first time ever, so it had to work, otherwise, they would go back to their old ways.

It was also equally important to work with the CEO to prioritise and identify the right task. The company wasn't big enough to have a CEO who doesn't fully understand every area of the business, so Laura was key to helping us to nail the right problem to tackle.

We've seen this in many projects. When talking to different roles from different departments, they often don't have enough eagle-eye vision to see outside of their own routine, and therefore each one wants their problem to be solved first.

Following this agreement, we decided to tackle the problem of the matchings between the temporary workers and their jobs. This problem was being solved manually by a few employees and involved hundreds of phone calls every day, plus notebooks and spreadsheets. We knew we could do something right there to improve that process.

For more detail about their problem, check the DPL ETT portfolio on our Work section.

Most companies will try to sell their signature projects or the technologies they specialise in forcing their client's to adapt to their own techstack. Often, this creates vendor lock-in and very ugly situations. This is not our way.

We approach every problem with a clear mind to avoid force-feeding our technologies to our clients. Just because we've mastered some programming languages or products, that doesn't mean they can nor should be used in all the scenarios.

In this case, we identified that a mobile app, hybrid in this case, was the best option for them. We took into consideration their limited understanding of tech, their budget and the timeframe we were given. However, there was another small problem: back then, we didn't do mobile apps.

Yes, you read it right: we counseled them to find someone who could do this for them, even though we could've technically have solved this with a farfetched solution, using a web-only app. It just did not feel right.

We had worked with them for a while, and they had liked our style. They insisted so much on working with us, that we had to do it. After careful consideration, we decided to split risks and give it a go.

In other circumstances, we would not have accepted such a risk. In this case, after telling us that it was either us or no one else, the client understood the implications of their decision, the associated risks, and what could be done to mitigate all the possible negative outcomes, so we had to oblige!

Having opted for a hybrid mobile app, we chose Ionic because we could reuse big part of the web version, which we'd write in Angular (AngularJS at the time). For the web application backend, we decided to build it on Ruby on Rails, as it is a fairly simple application.

Phase 3: Learning from each other

Prior to this project, we had never worked in the human resources space. Although we did have a basic understanding of how their business works, we set a collaboration whereby each party would learn from the other. We would teach them tech, and they would teach us how their sector works.

Working with small, incremental and frequent deliveries, we were able to prototype the app relatively fast. We as well conducted on-site UX sessions and talked to the directly-involved roles almost on a daily basis.

We had to learn a lot from the end-users as well, as the app had two types of them: DPL's employees - who would use the web-only management backoffice -, and the temporary workers - who would download the mobile apps to punch in their availability and accept or decline job assignments as they came.

By listening accurately to all of them, we sped up the progress and very soon, the app was launched and very well-received by both user types.

Part of the challenge of working with people/companies who are not tech-savvy is to make them understand, among other things, that:

That being said, we were lucky to have DPL's CEO on our side with this. Managing the expectations correctly with the client is key to completing successfully any project.

The launch version of the platform covered about 90% of the business cases, which was more than the original 80% we had agreed with DPL for this initial release.

After the first days operating, we devoted some time to fine-tune the platform and adapt it to some needs that couldn't have been identified before, and to add more coverage to the edge cases left out in the initial release. By applying the feedback in real-time, we were able to evolve it to close to a full-product in the following weeks.

Over the following months, DPL saw the impact of this app in many ways, which propelled them to invest even more in technology. After four years, we have evolved the platform to a full-product servicing all of their biggest clients and some smaller ones.

Thus, the MVP, which only covered one client initially, grew to an entire platform managing several thousand temporary workers and hundreds of assignments per day, for multiple clients. By investing in technology, they freed up mental bandwidth and resources to grow their business 285% in just four years.

Products can take years to evolve to their full form. Our approach of breaking the product into really small deliverables, which could prove their worth and give returns on investment right away, allowed us to hop from phase to phase successfully without having to take any step back whatsoever.

We feel extremely privileged to be working with such an understanding and phenomenal team like DPL and look forward to helping them for many more years.

For more detail of what we built for them, make sure you check out the DPL ETT portfolio on our Work section or drop us an email and we can tell you more about it!