Can't believe this is happening

It's been around two years apart, and none of us could really believe meeting again in person was actually happening. 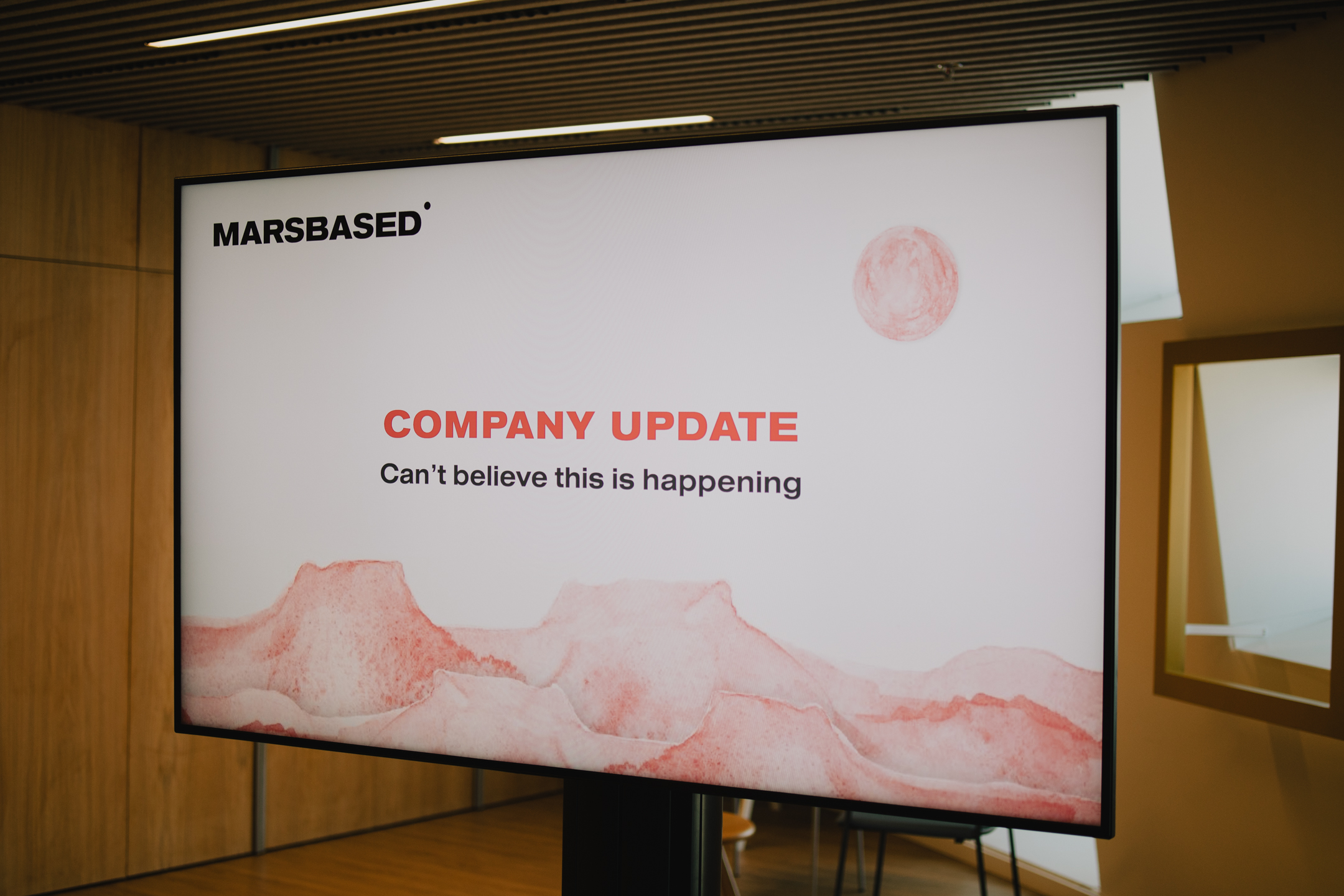 After delaying what would've been our first Christmas Martian Day in two years, last December, so everyone could enjoy the holidays with their families safely, this April 1st we got the crew back together, and no, it wasn't an April's Fools. This was happening for reals.

Since the Martian team is spread around Spain (and Portugal) some of the crew members arrived the day before the Martian Day and, after settling at the hotel, went out to enjoy some tacos and a karaoke session. I didn't go myself so I can't tell much about it, but rumour has it that there's video evidence of some Martians rocking the karaoke stage until the small hours.

I met the team at the bottom of Torre Glories (formerly Torre Agbar), a most emblematic building in Barcelona, on the second day. We would afterwards take an elevator up to the 25th floor, where we had a space booked for ourselves, with amazing city views, and the breakfast ready.

Just the small talk and interactions between many peers felt oddly satisfying. Some of them I was devirtualizing for the first time, talking to them face to face instead of through a screen or an avatar (like we do every Friday on Gather.town for our weekly virtual coffee), it felt like getting to know someone that I already knew, but to be truthful, it felt like I didn't. I love working at home on my own, but there's a feeling of belonging to a team that you can't feel unless you gather like this. 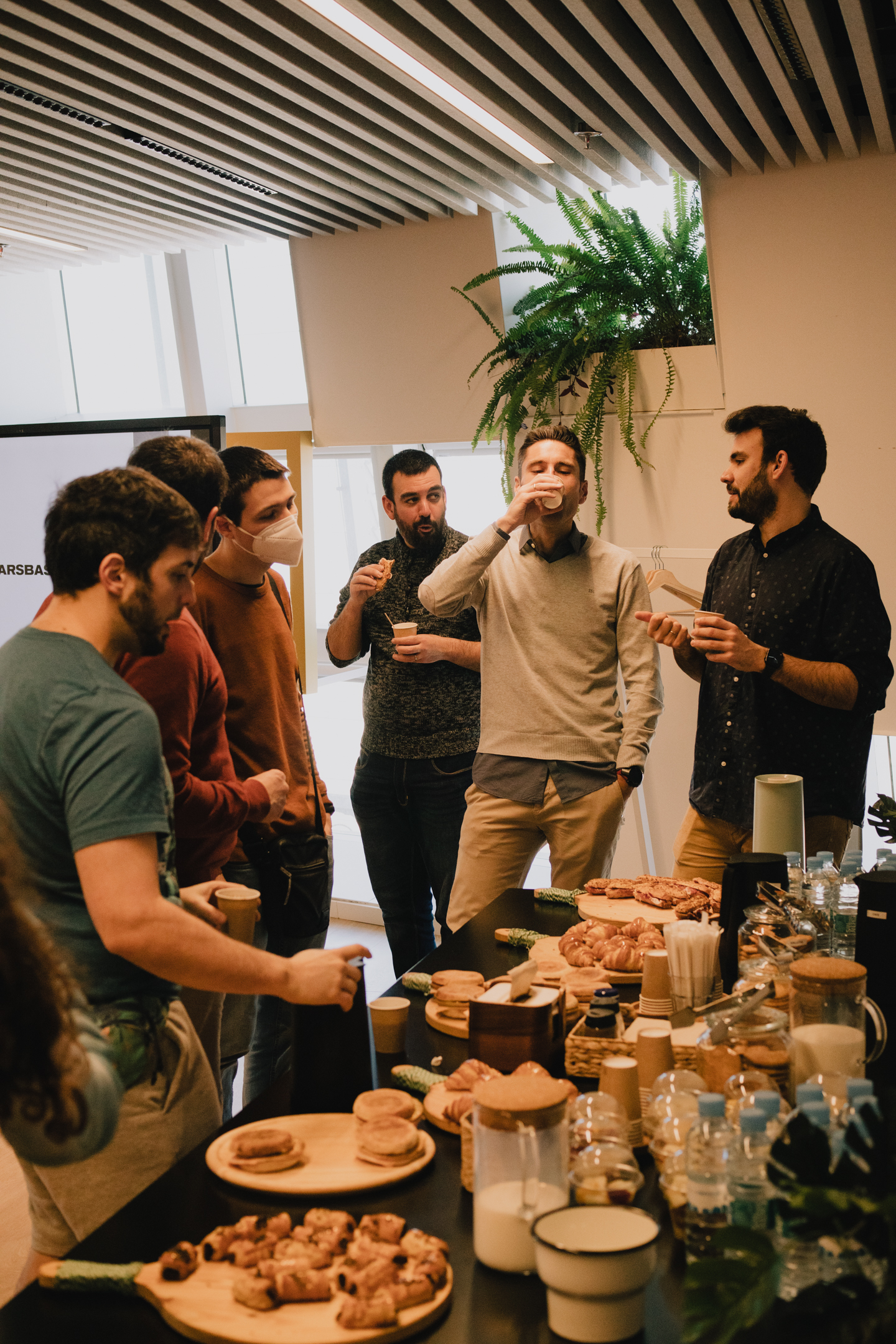 We then sat down to hear from our founders on the latest company updates, we had a roundtable of ideas for improvements, the progress on the new website (YES, THAT'S HAPPENING, SOON™), the planning for the upcoming, and long overdue, retreat to Asturias (after our last retreat to Menorca in 2019 )). 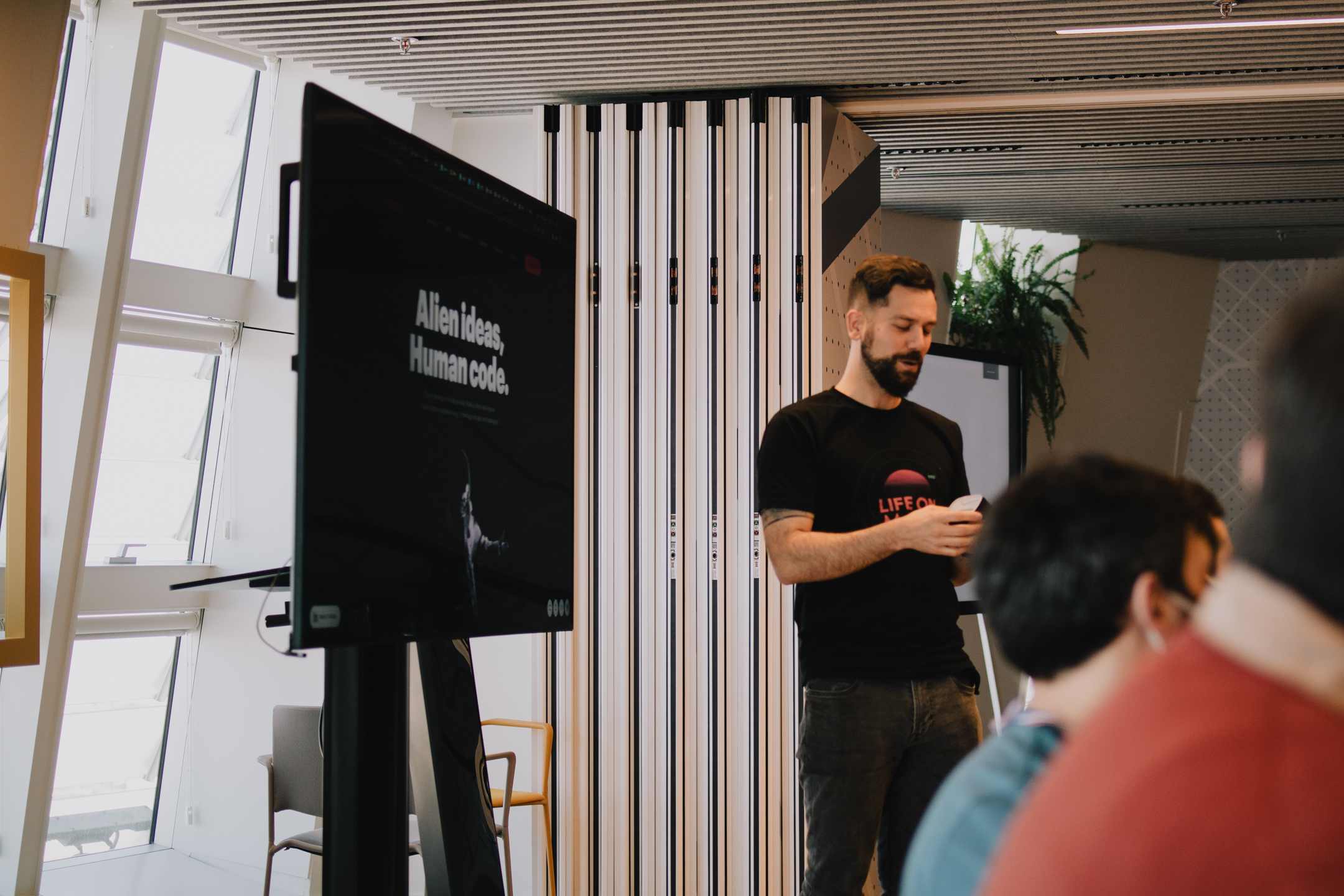 We also had time for some anniversary celebrations and the yearly Martian Awards™ (something like The Dundies, but less cringey) before heading to lunch. Congratulations Juan and David for your fifth anniversary in the company! 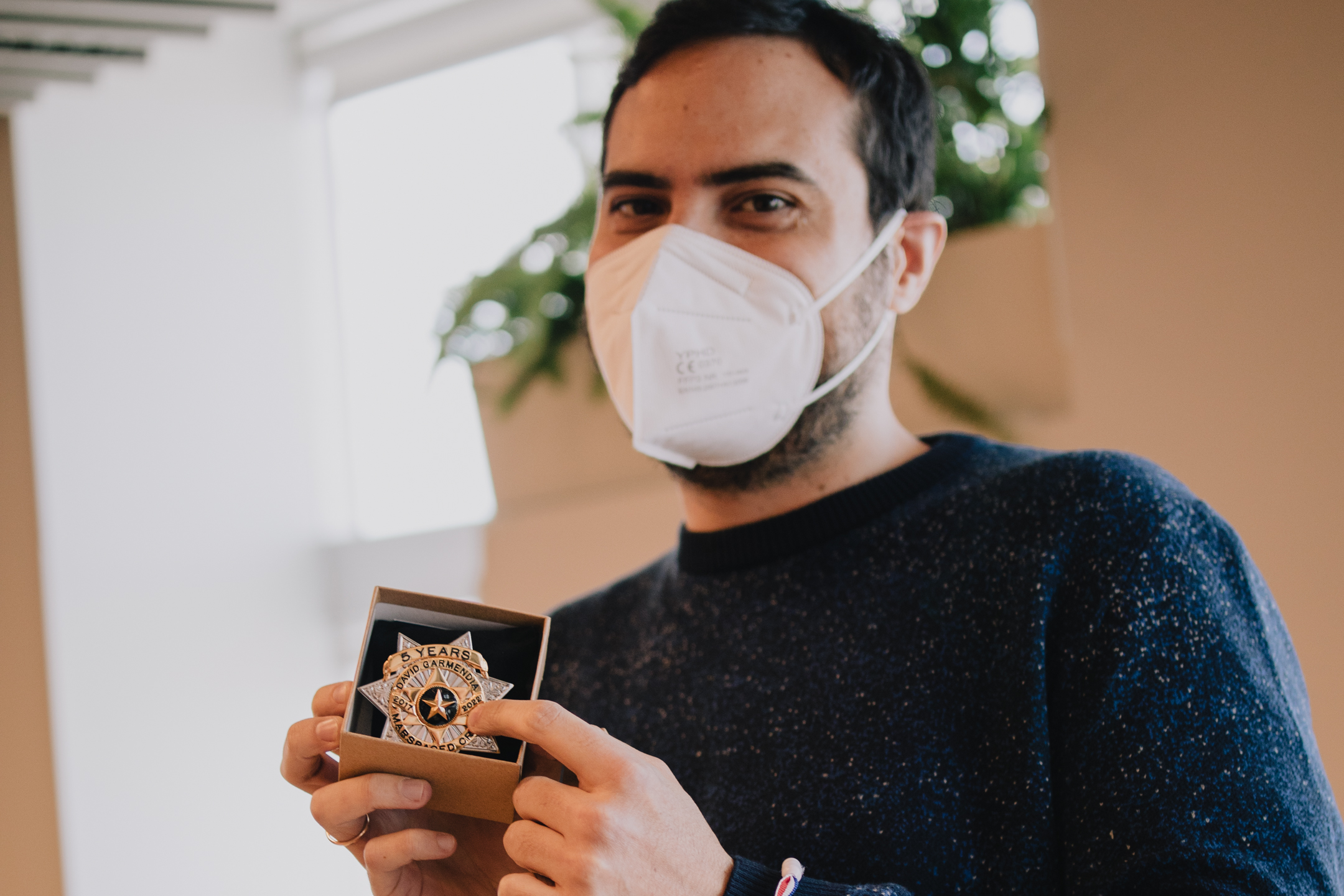 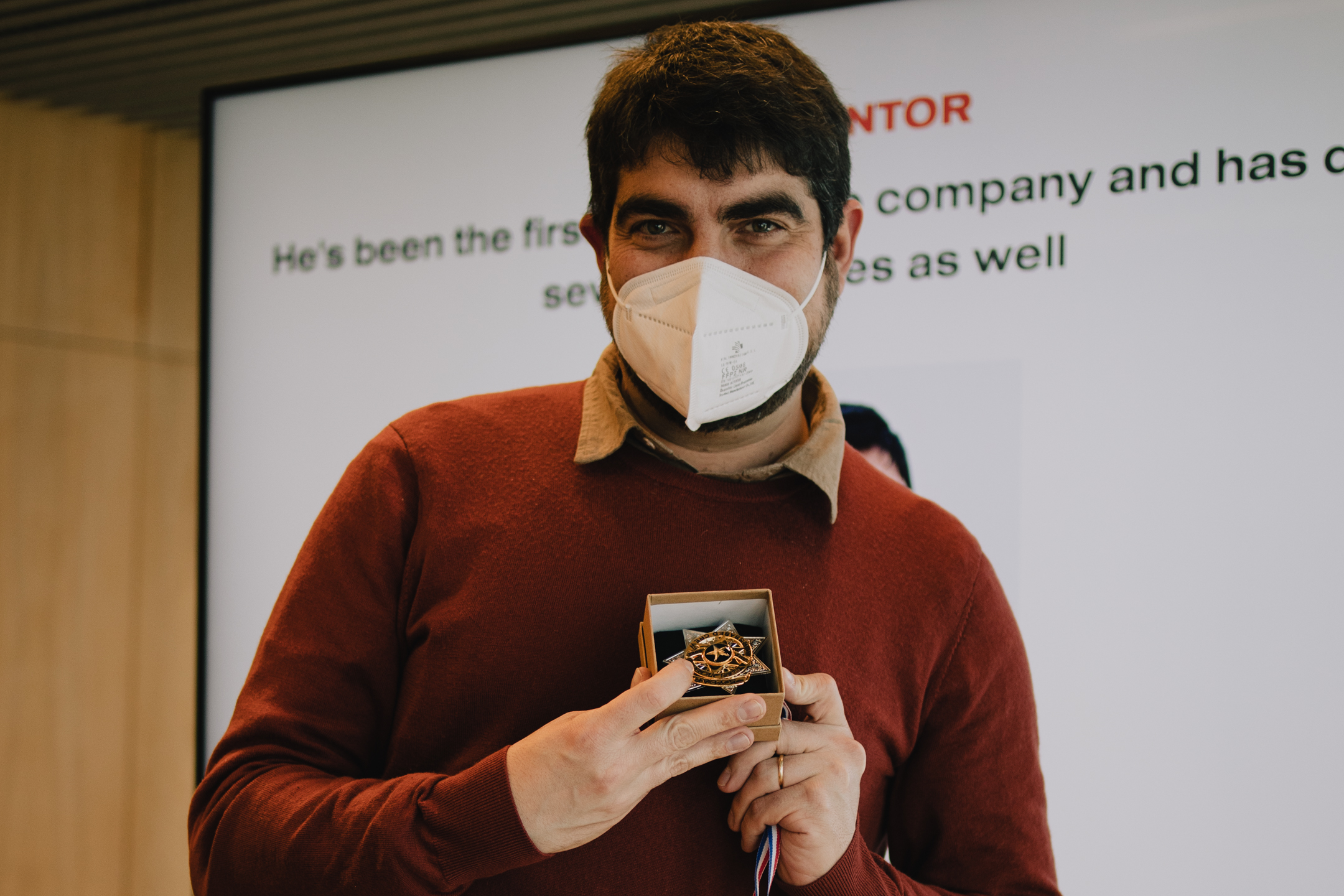 We had lunch set up at the restaurant area of the building, on the lower floors, all for ourselves. As per usual, we had different choices to accommodate the different diets among the Martians. It was great to actually talk face to face while having lunch after having multiple online lunches during the past two years in the previous Martian Days. There's a different connection you make with people this way that it's no way near the remote experience. 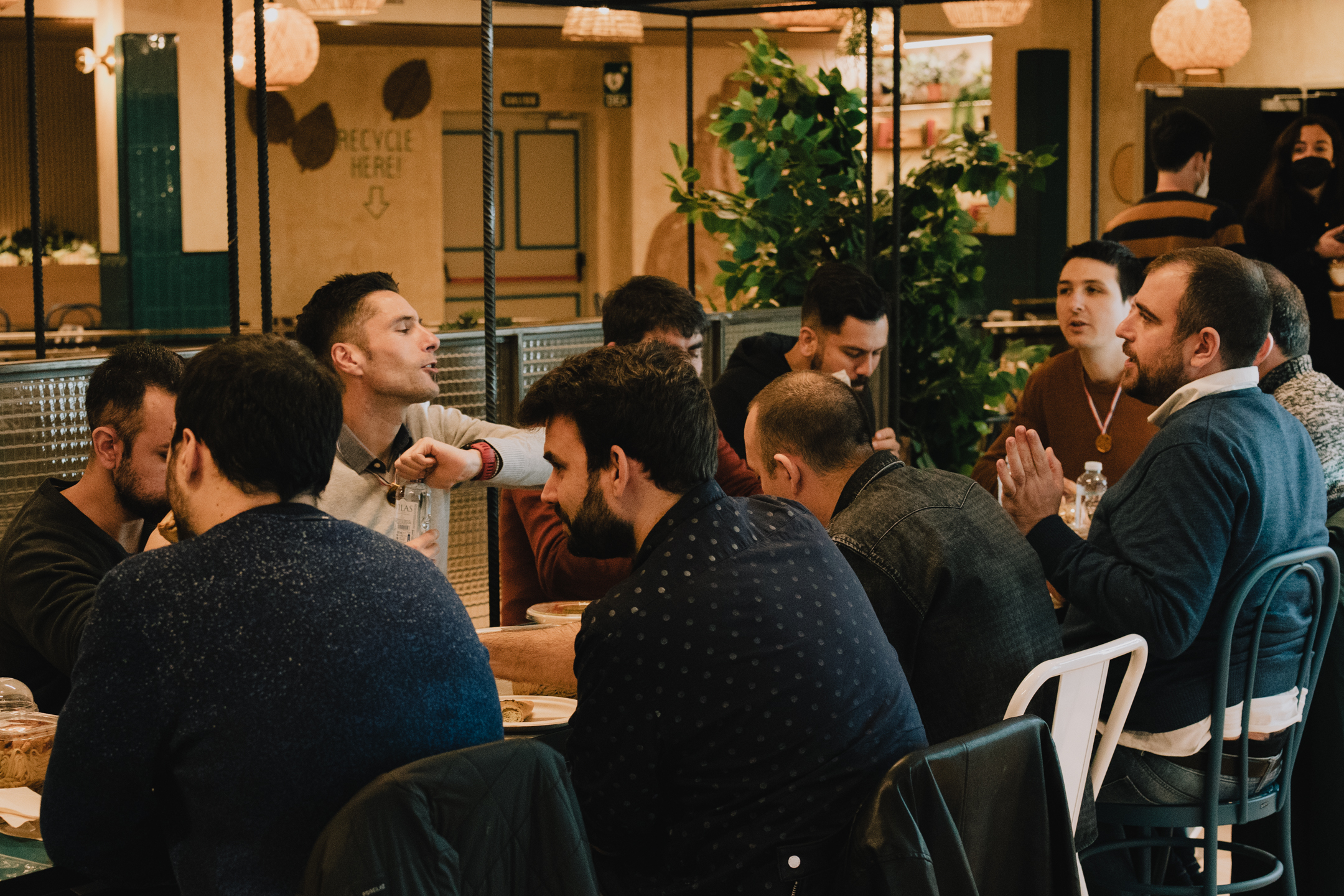 After lunch, we invited the freelancers to join us and had a set of interesting technical talks by members of our team about code auditing, Kubernetes and we closed with a CSS masterclass by our CSS guru, Javi. The talks were interesting enough to listen to with an after lunch full belly, so I'd say they were pretty awesome.

At the start of the evening, we headed to where the dinner was planned: El Tros. We had drinks and snacks on their outdoors terrace, which was again all for ourselves, before we got in to enjoy dinner. We made some room to catch up on some long overdue pranks for the recent Martian additions. It would have been the usual company dinner if it wasn't because we count with many musicians on the crew and we ended the night with a half improvised concert/jam session where some of us played and sang to tunes ranging from Oasis to Mecano. 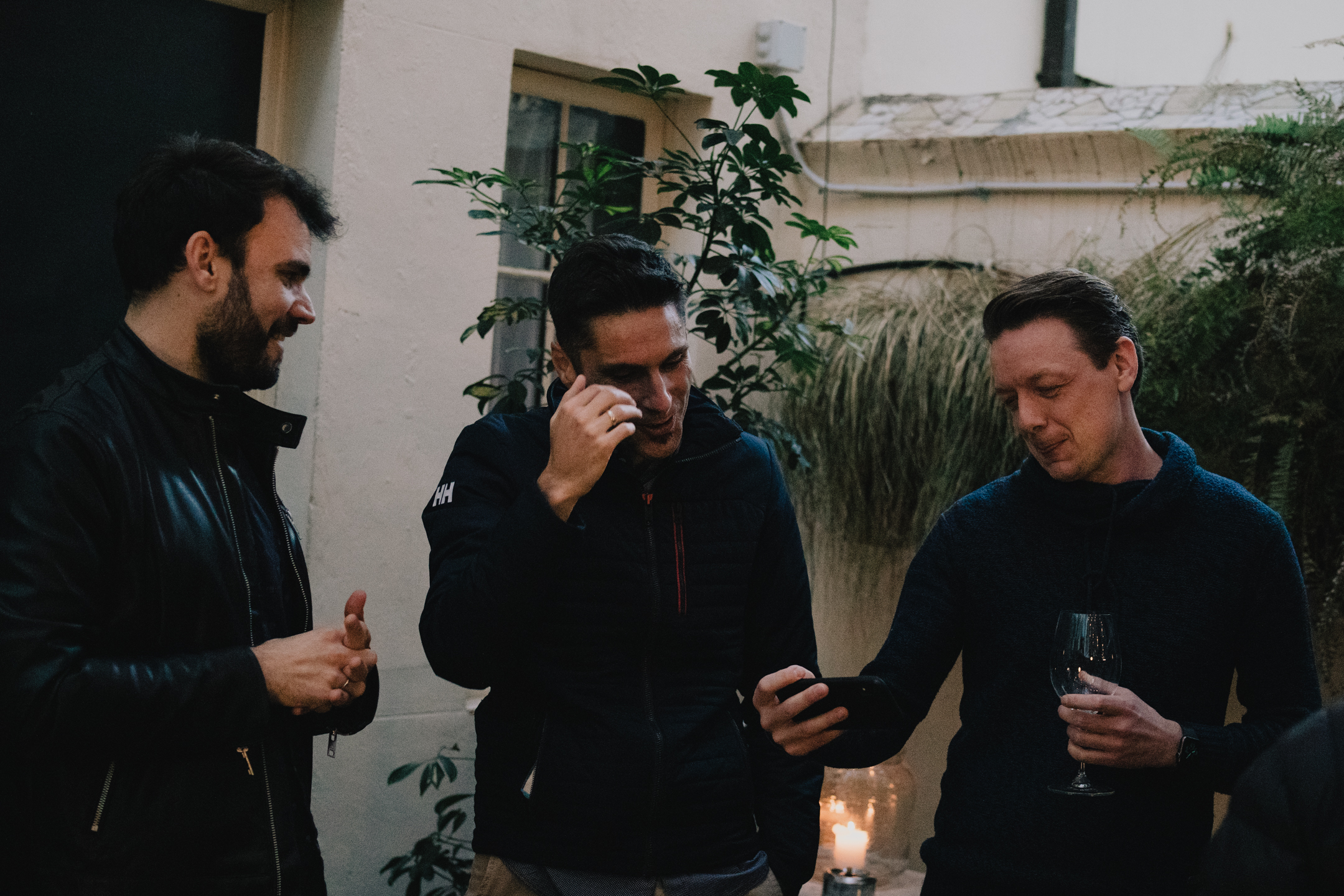 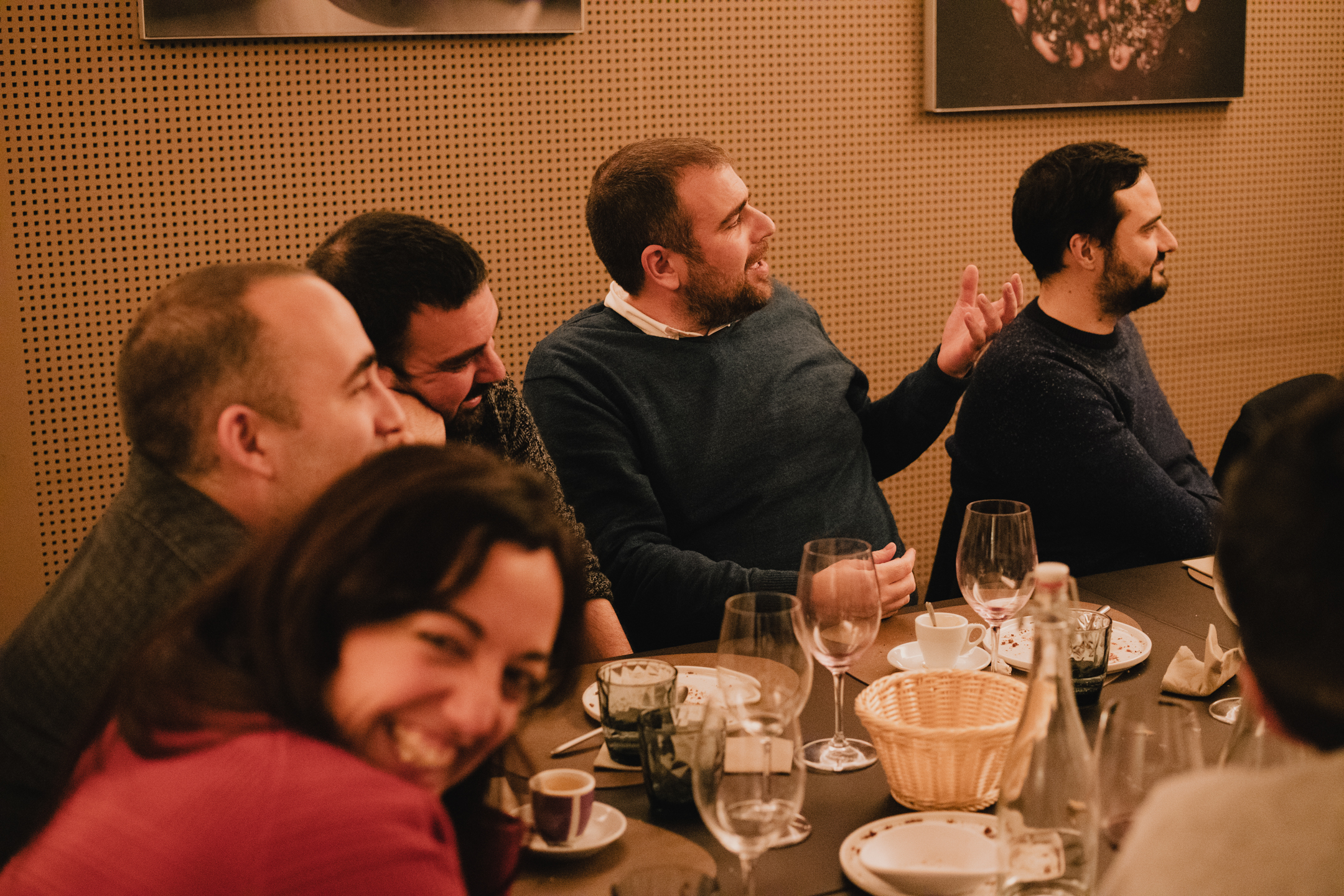 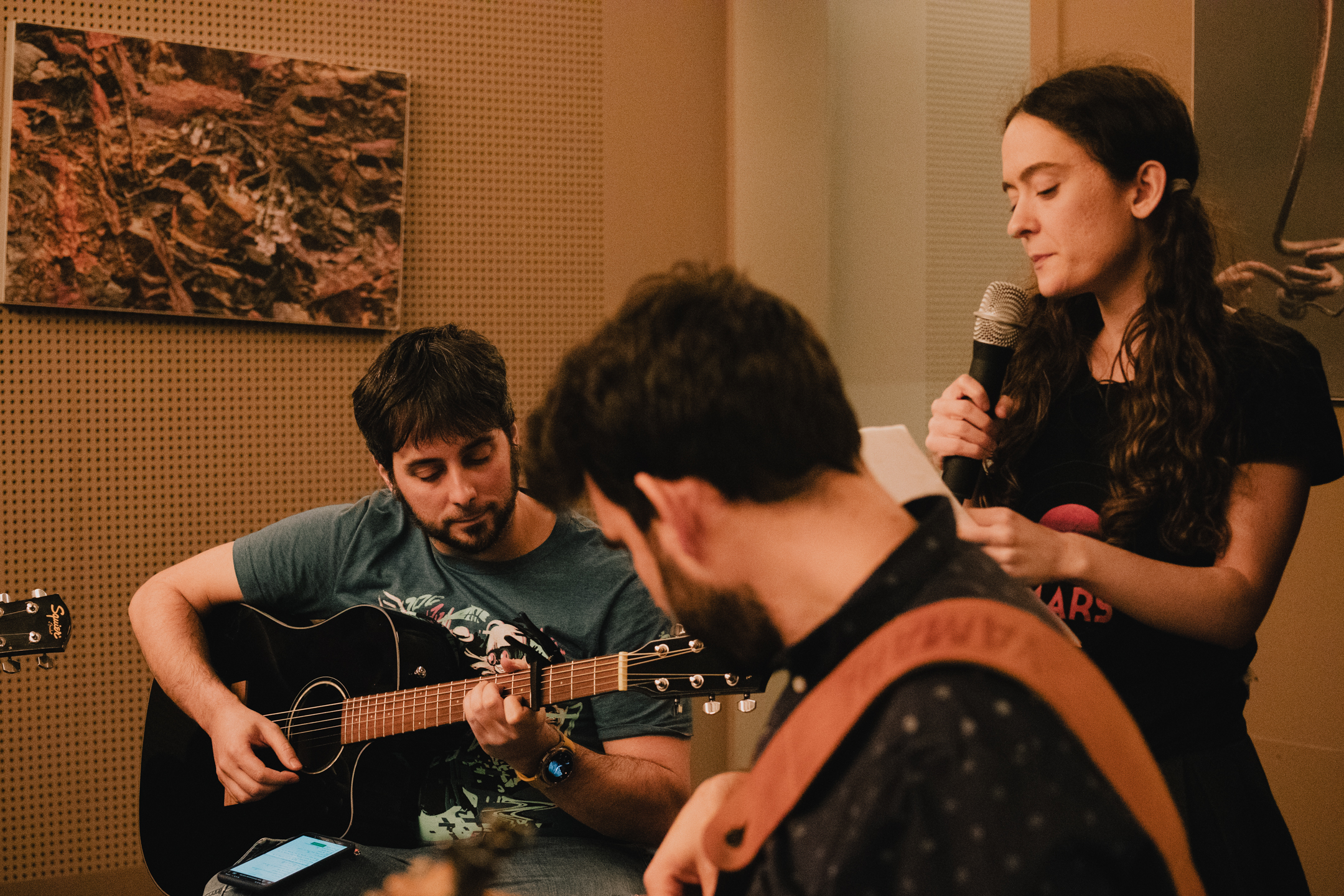 After dinner, the more festive Martians still kept the party going at La Cigale, but I didn't go myself so this was a wrap for me.

The best thing about this Martian Day was connecting IRL with people, and that comes from a remote hooligan that wouldn't change it for anything in the world. Now, I can only wait for our next IRL stop: Asturias, our Martian Retreat 2022 edition! 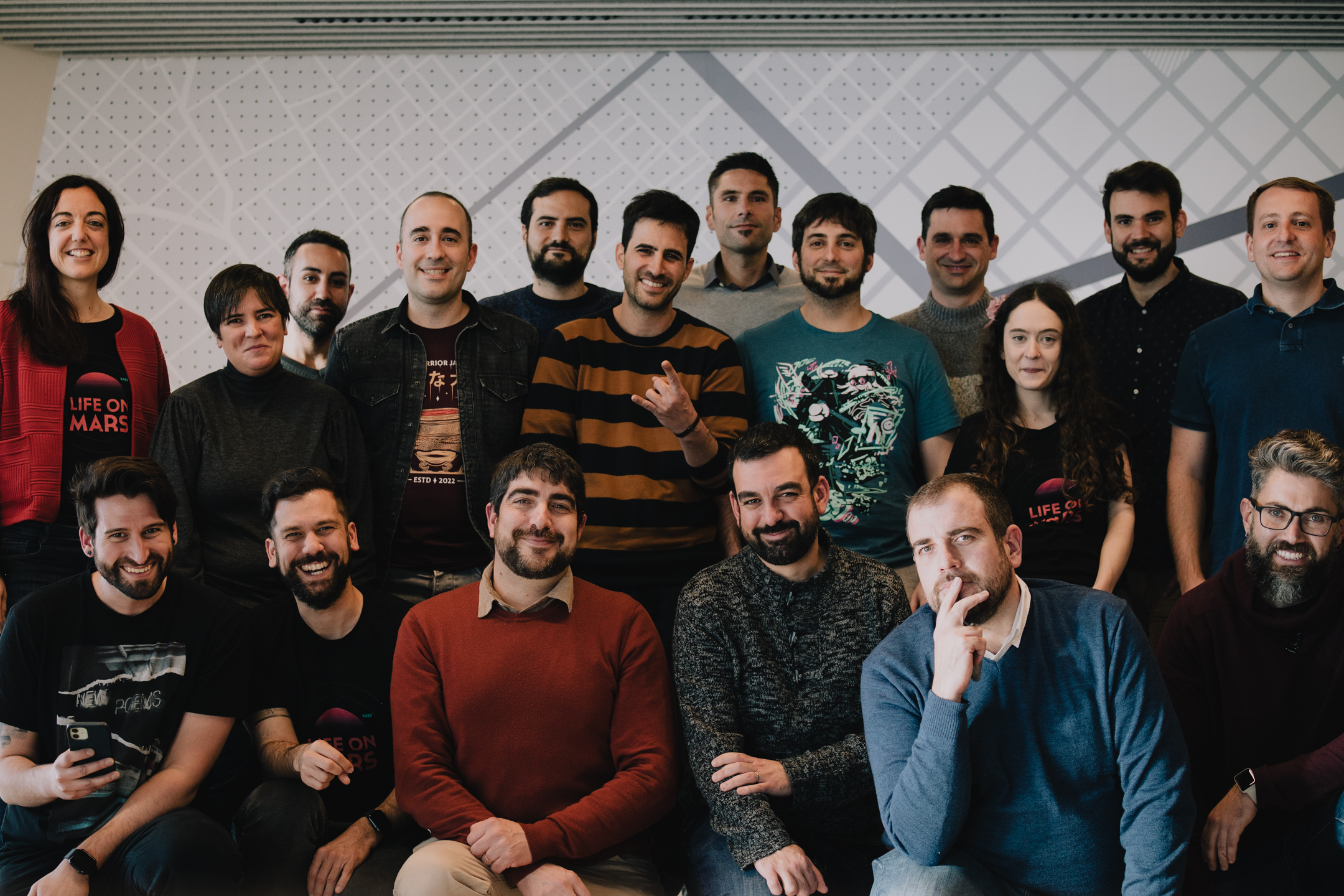 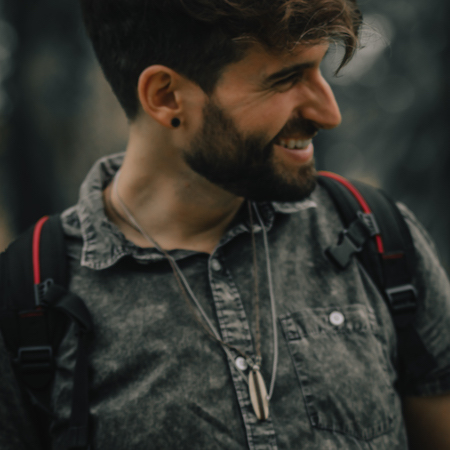