How to maintain company culture with remote teams

Every day, we see more and more companies with distributed workforces & remote teams. Some belong to the sharing economy while others do it because they’re a small team and prefer to work from their hometowns. Everyone has a reason for remote work, however there doesn’t seem to be a general consensus for how to create a 100% remote company. In this post, we’ll share a few tips that helped us build and maintain our culture when everyone works remotely.

NOTE: This is a repost of a guest blog I wrote for Highfive when I met them in San Francisco, last February, but I reckon it might be interesting for our audience as well, hence the repost!

I am the co-founder of a software development consultancy called MarsBased. We are from Barcelona, and we provide web and mobile design & development using Ruby on Rails and JavaScript frameworks to clients in different continents. Our clients range from San Francisco to Singapore.

To make it work, we have 9 full-time employees spread across the territory. In addition, we’ve worked with freelancers, partners, clients & agencies from very different countries including Slovenia, Finland, Germany, India and Russia, to name a few.

Not only are we are 100% remote at MarsBased, but we’re also a completely office-less company.

In Spain, having a remote-working company is quite rare. As a matter of fact, the absence of a professional office is occasionally a difficult obstacle to overcome. When approaching potential clients, I need to make sure to make it clear that we’re not just “a bunch of freelancers” working out of our living rooms.

After three years in operation, we have learned a thing or two about remote work, and how to actually use it to nurture a strong company culture. 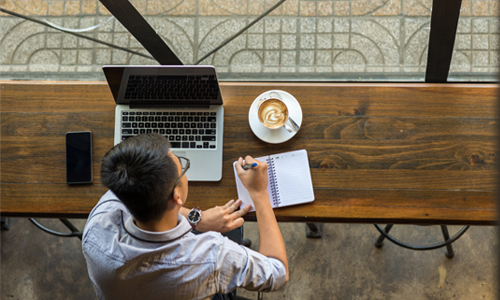 #1: Practice what you preach

A lot of companies create an imposing company culture from the get-go by writing things in stone that employees are then supposed to follow. The best way to “accomplish” culture happens to be quite the opposite: while it’s good to have an idea of the foundations of the company culture, it’s best to let time shape it for you.

We created MarsBased as a remote team company from day one. So when we hired our first employee, it only felt natural to him because we were doing the same thing.

Had we been in an office while he was working from home, he may have considered that we were “making him work from home to save on office expenses” or that we were only hiring him temporarily. Today, he’s been with the company for two and a half years.

Another one of our core principles is transparency. We wouldn’t be able to wave the flag of transparency if we did not share everything with our employees including our P&L, a weekly report with all the business meetings and a detailed report of our business pipeline. Or we would, but we’d lose all credibility.

If you’re not executing just one aspect of your company culture, you may as well not be executing anywhere else.

If you don’t practice what you preach, you’re missing out on one of the most effective leadership techniques – leading by example.

Nowadays, most startups and young companies create very positive work environments. However, it’s easy to “lose your way” and I’ve seen it happen many times – according to some former employees – because the founders, and sometimes the first employees, lost their foundational principles.

For instance, we give unlimited holidays. That is, paid leave, for as long as you need. Cool, ain’t it?

The first two years of the company, we were so overworked that the three founders barely took any breaks throughout the year. Guess what happened? Our employees didn’t want to either, and only ended up taking a few days each. Sounds normal enough for a new company? Well, in Spain everyone gets 22 days of paid leave by law.

Since we couldn’t accept that our employees weren’t taking days off (especially as it was illegal) – we resolved that:

The result? More cohesion within the team, and less sensation of guilt (or none at all) when taking days off. If my boss is doing it, why shouldn’t I?

#3: Hire only senior and proactive people

Over the course of my years in consulting, I have found that the ability to work around blocking problems is a skill primarily acquired with seniority.

Hence, we prefer hiring someone who is on the senior side of the spectrum. They may not necessarily be an expert in the technologies we work with, and in all fairness, a young developer working who's used Ruby extensively for a few years may be more efficient on the short term.

However, the ability to think outside of the box is gained with battles & projects across programming languages and frameworks. This, ultimately, helps to circumvent blocking situations, where others could face a dead end or even engage in a “can’t do” attitude.

We hire people who can work alone on one-(wo)man projects ideally, although we also include other profiles in our projects, and that are proactive enough to not become blocked when they don’t know how to do something, and to let us know that they’re running out of work with enough time.

Ideally, a senior developer is expected to spend some time researching how to tackle difficult tasks, even if she doesn’t know how to do it, and come up with a couple of options so someone else can decide upon the matter. Also, given an acceptable amount of communication with the rest of the team, she will also check-in frequently and give feedback about how much work there is left on her plate.

Working with remote teams means communicating asynchronously. This, more clearly, means that you might not be able to contact your superior or another teammate exactly the moment you need them. They might be working on different time zones, or else they might be doing different hours. In our company, we’ve got morning people and night owls.

Therefore, you should, first of all, have always a b-plan for everyone, in case they should get stuck. For instance, if a developer has to integrate a payment solution next week – and we know that integrations require approvals, and other bureaucracy most of the time -, you should also give them other tasks they can be doing while they wait for whatever reason (integration needs approval, deployed changes take up to 30 min to be working, support team is in another time zone and they’re not covering your office hours, etc.).

This way, they can be delivering meaningful stuff while they wait for that certain task to return to them.

#5: Remote is the new normal

Some people think that because we’re working remotely, we may be constantly switching contexts between getting the door for the pizza guy and joining the all-hands meeting.

The truth is, we don’t. Really, the best – and most enjoyable part, I must add – of building a remote-only company from the ground up has been realising how normal it is.

Of course, we don’t get to cross paths in the corridor while going to the meeting rooms, or in the elevator, but we just ping whomever we need on Slack and ask for their attention. If it requires more interaction, we hop on a video call or screen sharing session.

Also, if non-remote companies do get-togethers, why shouldn’t remote teams? We do get together regularly to see each other for some working sessions in co-working spaces, or for company events, do some sport, drink beers, or for special events like a summer party or the Christmas dinner.

The general rule of thumb is: you should plan everything having in mind that you’ve got a regular company sans the office! If you make communications or actions overly dramatic, they won’t feel natural, and this might cause discomfort among employees. Find your tone and be as natural and transparent as possible to ensure the right message meets its goal.

Last, but not least… remember: the world is your office.