Why does your startup not need a CTO (just yet)

In addition to being a development consultancy, we are very committed to helping entrepreneurs in our city. We offer a free consulting hour to pretty much everyone we cross paths with, in hopes that this will help them to get their company to the next level.

Over the course of the years, we have spotted a recurring trend among first-time entrepreneurs: they want to hire a CTO before they even need it. Sometimes, before they even know what a CTO is and does.

Let's once and for all solve this mistery.

The basics: what is a CTO?

A chief technology officer (CTO), sometimes known as a chief technical officer, is an executive-level position in a company or other entity whose occupation is focused on scientific and technological issues within an organization.

Most of the times I meet fellow entrepreneurs, they tell me they need help to find a CTO for their company. After scratching the surface, the real answer comes up. They just need someone that can code their MVP for a bunch of shares or a real low salary, for now. That happens in 90% of the cases.

Simply put, it is sometimes better to describe a CTO according to what he is not.

In short: CTOs like playing with different technologies & frameworks creating projects that are meaningful to them, and because a CTO is an executive role, more political than anything, he might have spent the last years in meetings, pre-sales, strategy and coordinating teams and budgets, rather than coding.

When confronted with the n-th startup this month, that promises to disrupt the e-commerce sector with a shoelaces-only site, a CTO might pass on the opportunity. Any freelancer can do that.

If you want to learn more about this, read #define CTO, a post by Greg Brockman, CTO at OpenAI and the second part #define CTO OpenAI, which define perfectly how CTOs think and operate within companies. 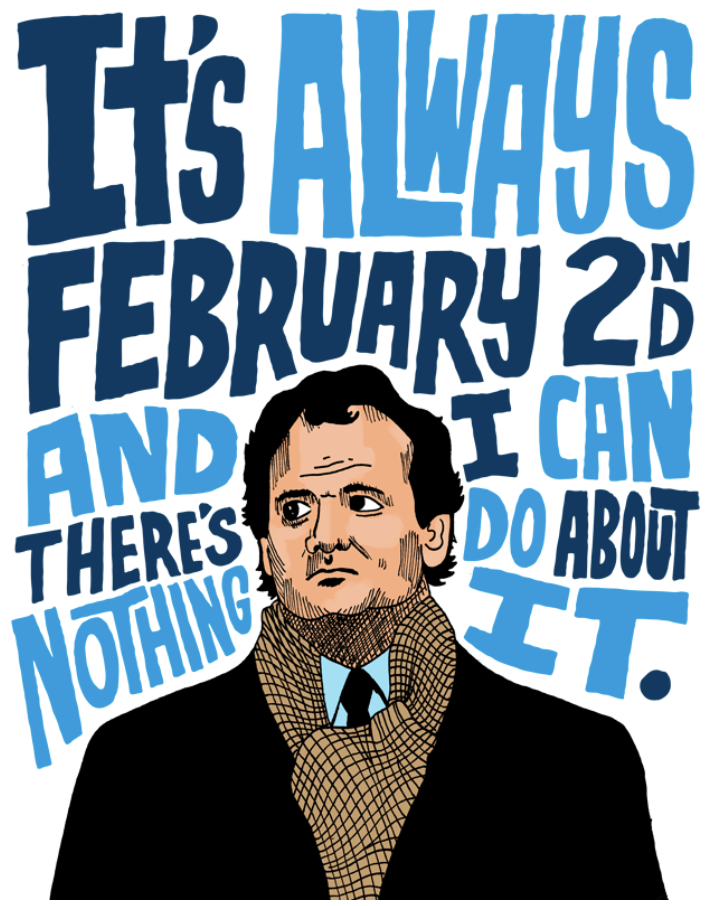 It's always the same story, Bill! Everyone needs a CTO.

We've asked a couple of our friends, both seasoned entrepreneurs and former CTOs at startups that became big companies. Having been CTOs of companies such as Wuaki.tv, Rakuten, Tangelo Games or Zinio, they offered some insights on what's their daily grind. You'll notice that they don't mention coding at all. 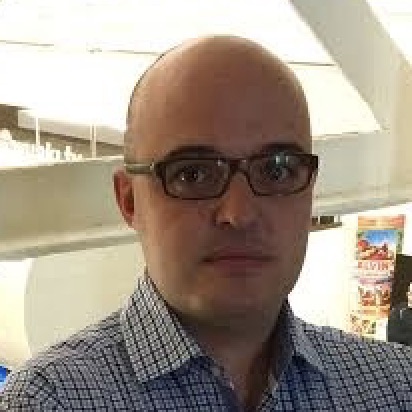 Being a CTO means a lot of things. You should be the tech lead of your organisation, but that is just a part of it. You will have to be very good at things like: 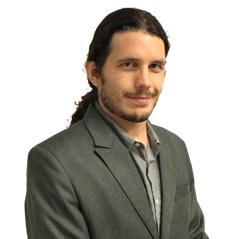 The biggest challenge of a CTO is to remain up-to-date with the new technologies and trends while your daily obligations drag you away into business.

My days consist of technical interviews, one-on-ones with team members, and multiple meetings with other business departments.

As you scale, architecture, design and definition are done by Tech Leads and Senior Developers, not by the CTO. Product, on the other hand, is defined by the Product Owners and processes are conducted by Scrum Masters. Then, what is the CTO left with?

A CTO must, therefore, mostly focus on unblocking processes, motivate the team and orchestrate them to get things done. In a way, every single team is like a class' unit tests, and the CTO and the VPs are the integration tests :)

Lastly, I would like to point out that when working for international companies, a CTO needs to deal with multicultural communication and lots and lots of travel. But above all, and most importantly, we also must defend our team so they can complete projects with the highest quality possible.

Hiring a CTO in the early stages

When you're starting up another company, you're probably too busy to deal with recruiting.

If this is your first company, it is even more of a moonshot to post a job opening on the internet. Literally, anyone and everyone can - and possibly will - apply for it. You can get 0 applicants, or you can get hundreds, if the idea is conveyed properly - but rest assured, most of them won't event have read the actual job description and will apply nevertheless.

We have seen this recently, when helping one of our clients in their hiring process, where a Europe-based Spanish-speaker Ruby developer was needed. Most of the applicants complied with neither of the conditions but applied all the same.

Thus, here you need to make your first decision: do you need a CTO or a developer will do?

The answer is not trivial, and it all boils down with what you expect of them in the future. Let's review each case.

In the second case, it applies for both freelancers/contractors and agencies. Some agencies accept also payments in shares, although this is something that we don't personally do at MarsBased.

We suggest looking for the candidates in a close circle of contacts, ideally being someone you've previously worked with and you get along well with. If this can't be met, then someone your friends or advisors have worked with. This way, the candidate will usually go the extra mile to avoid letting you or your mutual friends down.

If this, however, doesn't work, and you're forced to get the word out and post a job opening, there's just one piece of advice I can give you: don't ask for a CTO.

Generally, asking for a CTO will increase the salaries of the applicants. Ask for a developer instead, work with him for a while, and then ascertain whether he can become a long-term partner with you. If so, make him a CTO, if not, either sack him (if he's not worth it) or keep him on your roster if he's good.

Not only that, but asking for a CTO for your small company, which might well be just a landing page, a simple visualisation app or a really simple e-commerce site, will prove you're a total rookie in the game and reveal your cards to everyone.

Hiring when growing the company

Our CTO Xavier Redó gave a keynote at our Startup Grind BCN event in 2015 about common technical problems in startups and how to solve them when the hiring gets tough. 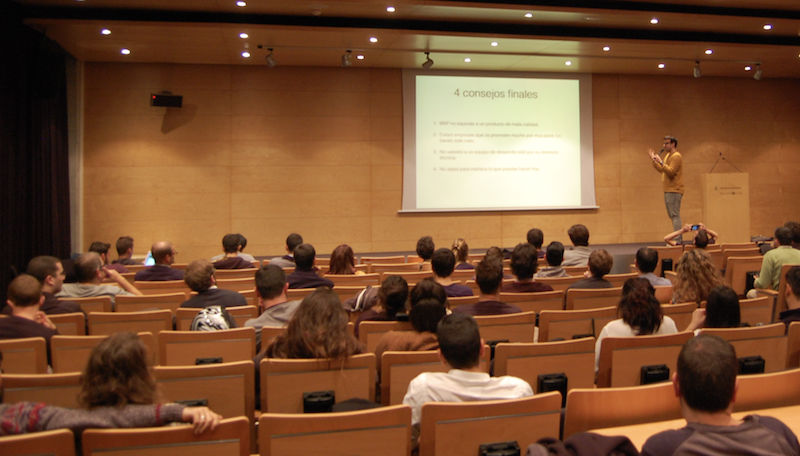 Xavi rocking the stage, mass-counseling all the entrepreneurs in the room.

So you've hired someone, which might or not become your CTO on the long-term. You've also managed to put together a nice product that is screaming for attention in a crowded market. Therefore, you iterate and iterate, in order to find the mythological Product-Market fit, following the lean startup and other well-accepted methodologies to nail it before you scale it.

Then, sh*t hits the fan.

Irrespective of whether you've got great advisors, a strong team, or even a very skilled and seasoned developer, problems will always pop up when least expected: the current product doesn't match the initial vision, your team over-engineers everything, investors require constant changes all the time, customers don't know what they want, your devs don't seem to hit the deadlines and you can't seem to bundle everything together.

Here, it might be a good time to invest more into your development team, but it might not yet be the ideal time to look for a CTO. Some really like challenges, and might see your technological anarchy as an opportunity to prove their worth, but these are more of aspiring CTOs or motivated developers. You will do well by tapping into these individuals, which you can usually find hanging around in local meetups or contributing to open source projects on Github.

If you should not find anyone, try to fix your most urgent technical concerns using the matrix above, with the four scenarios. Being in a peacetime scenario will give you better applicant results than a wartime scenario.

When is it the right time to hire a CTO?

There's rarely a good time to hire a CTO, but as it is the case with c-levels, it is never too late. On the contrary, hiring too early can take a too big of a dent in your budget and/or burn very good candidates that might've settled at a later stage in the company.

Finally, for more advanced companies, if you happen to have your own development team that has battled with you since the early beginning, endured dry spells, went for months of no salary, risked more than necessary in your company and generally went the extra mile for you, you might already have a CTO.

Bringing in an external CTO, in this last case, might be potentially risky: he/she will bring his/her culture - which might not mix well with yours -, as opposed to a younger fellow, who will adapt more easily to your principles. An external CTO at a later stage will also be seen as a threat by your employees: after all they've done for you, you've shut the door for promotions to them, which will undoubtedly hurt team morale.

At MarsBased, we like helping out entrepreneurs worldwide with our technical expertise and our business network. If you feel like we can add value to your company by counselling you on what to do in your case, feel free to contact us using the form in the Contact section.